The Caribbean region is home to people of diverse backgrounds and cultures, and Afro-Caribbean people are one of the most culturally-rich ethnic groups you can find in the region. This section of the Caribbean population came from West Africa, and elements of their African past can still be seen in the way they live today.

Also referred to as Regla de Ochá, Santería is an Afro-Caribbean religion that emerged out of Spanish colonialization of Cuba. It is a syncretic religion that comprises elements of both Yoruba (West African) tradition and Roman Catholicism.

The Santería meaning in English is “Way of the Saints.” Those who really understand the tenets of this religion from a cultural standpoint actively practice it. However, people who mistake it for witchcraft continue to criticize and discourage its practice.

Before taking sides, you should first learn more about this Cuban religion.

The Origin and Development of Santeria Africa has, and continues to be, the place of origin for several Afro-based religions practiced in the Caribbean and many other parts of the world today.

The origin of the Santería can be traced back to the 16th century when slaves from West Africa first arrived in colonial Cuba to work on sugar plantations. Prior to their arrival, the Spaniards established a colony in the island after Christopher Columbus’s discovery of the Caribbean region.

The Spaniards introduced Roman Catholicism as the dominant religion in the Island, so when the African slaves realized that their masters did not approve of their traditional African religion, they developed Santería — a religion that merged two competing religious systems (the traditional Yoruba religion and worship of God the Roman Catholic way).

This way, the Afro-Cubans could practice Roman Catholicism while maintaining reverence for their ancestors.

Almost every religion is based on the belief that there is a connection between human beings and a powerful, supernatural being (God). The Santería religion is no different. Those who practice this religion worship mortal spirits known as Orishas. It is believed that the Orishas help followers to achieve their destiny from God.

Impact of the Roman Catholic Church on the Santería Faith

The Catholic faith left an indelible mark on the traditional religion of the Yoruba people who were taken to Spanish Cuba to work as laborers on sugar plantations.

However, coming up with the Santería religion was relatively easy because the primary belief that there exists supreme beings had already been established by the Roman Catholics.

The various aspects of Catholicism that can be seen in the Santería religion include:

Differences Between Santería Religion and the Roman Catholic Church

Key differences between these two religious systems include: 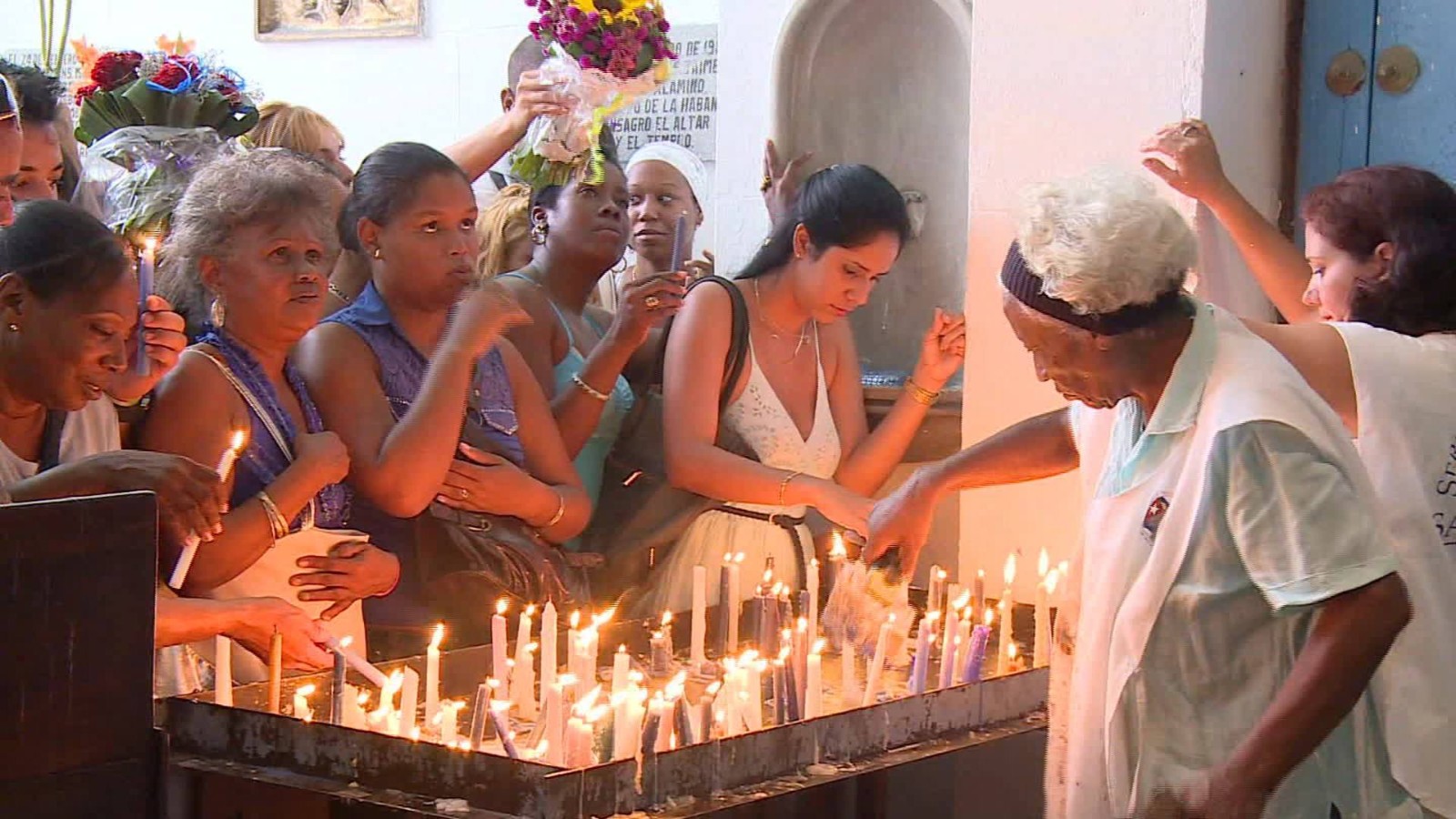 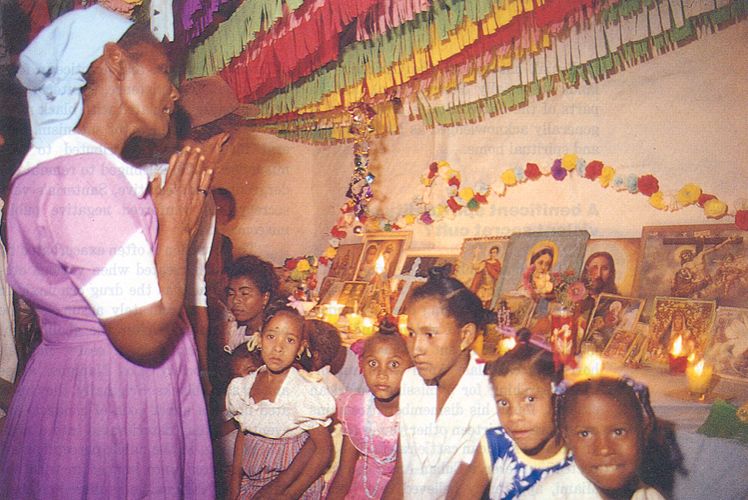 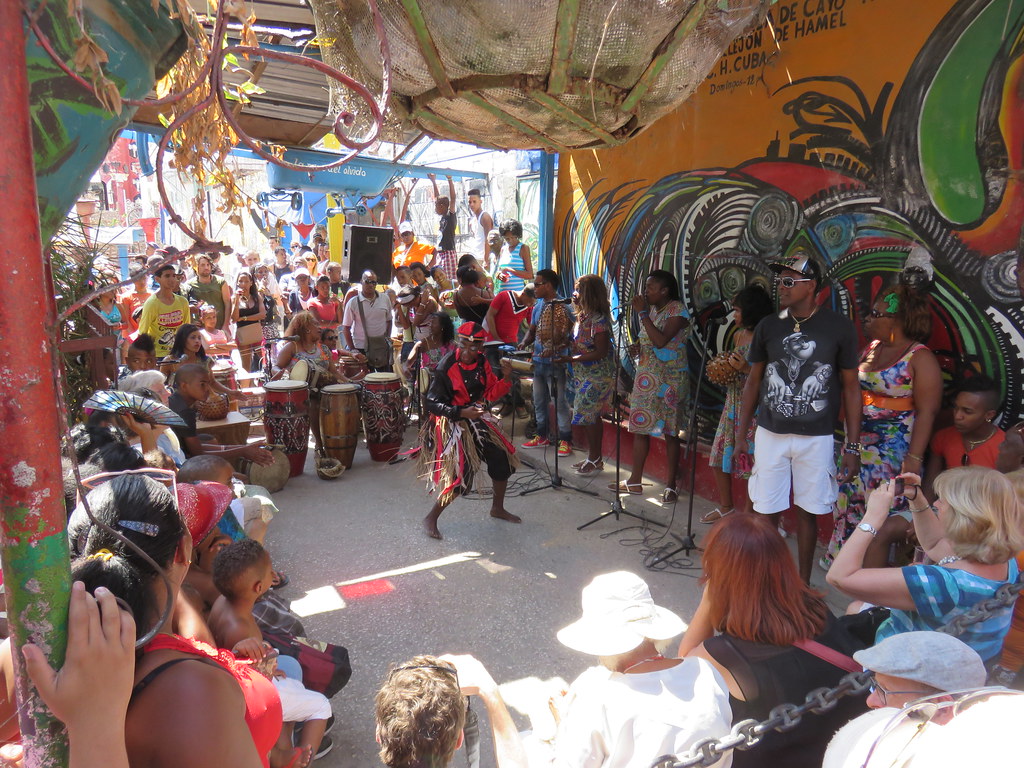 Santería is often depicted as a demonic or evil religion. As you have just read, this is far from the truth. The misconceptions revolving around this Afro-Caribbean religion are primarily as a result of the outside world’s misunderstanding of its origin and development.

Throughout the world, people are guided by the tenets of religion drawn from their past. Therefore, it is important for people to stop blind criticism of the Santería religion, and instead, strive to gain a better understanding of its tenets.

If this Afro-based Caribbean religion was as evil as some people say it is, it wouldn’t be gaining followership all over the world, now would it?